Club Competitions Sub Com. :- Mervyn Thomas, John Calver & Mick Page
Safeguarding Officers :- Mrs. Debbie Allum & Mr. Ian Page
New Bowler Contact :- Richard (Dick) Kennedy
​
AFFILIATIONS :-
​CLUB HISTORY :-
Formed in 1900, the bowls section of the California Social Club has in its 122 years achieved some outstanding successes at national and county level plus success within the local leagues on our fast running 5 rink floodlit green behind the main California social club in Foxhall Road Ipswich.
The years between 1992 and 2016 under the Chairmanship of Ray Love have proved to be the clubs most productive in terms of achievements. As well as its playing successes, the club has been privileged to provide two County Presidents for the Federation code, namely George Youngman in 1982 for the Suffolk County Bowls Association and 1995 President for the Suffolk County Women's Bowls Association - Joyce Love.
County records show that the club has provided numerous male & female players for Suffolk County’s representative teams of both codes.
California were one of the founder members of the Ipswich & District Bowls League in 1926, the club can boast of always having a team in the 'A' division in what is considered to be a very competitive league, one of the stronger within Suffolk. The club won the league in its inaugural season and has gone on to become league champions on 28 other occasions, this together with SCBA Senior Cup successes in 1994 & 2006 and the Junior Cup in 1960 & 1973.
Individual success in EBF & EWBF have been plentiful the club has provided 1 National and over 35 County Champions since 1927. Staying within the EBF code the club has won several Samford League titles, the Samford K.O. Cup 5 times and the Samford Millennium twice this coupled with some successes in the Ipswich & District Triples League, becoming league Champions for the first time in 2016 a feat that was repeated in 2017 & 2019. Sadly we had to withdraw from the Samford Afternoon League after a few enjoyable seasons.
As for Bowls England code California joined what was the then Suffolk County (EBA) Bowling Association in the early 70’s with county Men’s Triples league titles being won in 2004, 2005, 2008, 2010 & 2014. Major cups eluded the club until the Bert Edward's Four’s was first won in 2001 followed again in 2006, 2010, 2017 & 2018, the Norton Cup in both 2005 & 2006 and also the Millennium Trophy in 2006, 2008 & 2017. Until 2011 the Quinton Bowl was the one major local team prize which had eluded the club, thankfully this situation has now been rectified winning in both 2011 & 2015.
6 Bowls England county individual titles have also come along in the form of a Men’s Singles, Mixed Pairs and Novice Singles each twice, together with 1 Eastern Counties Triples title.
Currently the club enters 5 league teams, 4 of which are within the Ipswich & District Federation Bowls League structure, with 2 being in the 2 Bowl section and 1 each in the Samford Evening & 3 Bowl sections. Within the Suffolk Bowls England set up 1 team is entered in  the Men’s Triples.
CLUB SPONSORSHIP :-
The club is fortunate to be sponsored by local company Camel Sand & Gravel who's involvement with California Bowls Club started in 2005 with sponsorship of the club shirts and continues to this day.
Other contributions both financial and in kind are made by both members and friends, and without their help the club would be much the poorer.
Should anyone be interested in helping with sponsorship in any way of our very successful Suffolk bowls club please contact in the first instance Secretary John Calver. 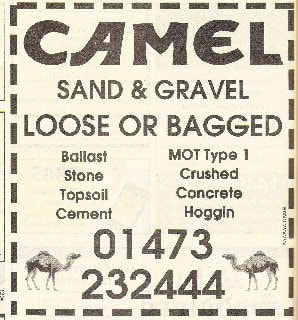 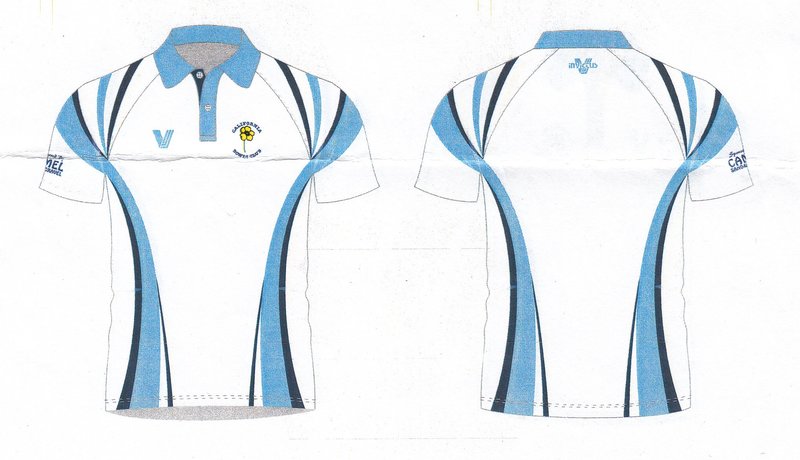 INDIVIDUAL SPONSORSHIP :-
INDIVIDUAL SPONSORSHIP
ANYONE WISHING TO SPONSOR THE BOWLS SECTION IN ANY
WAY BY SUPPORTING A COMPETITION, TEAM, EVENT, ITEM
OR THE CLUB ITSELF, OR HAVE A BUSINESS ADVERTISING BOARD (see below) .
​SHOULD IN THE FIRST INSTANCE CONTACT THE SECRETARY STUART WALSH.
NB WE ARE ALWAYS IN NEED OF SPONSORS COULD YOU HELP?
DURING THE 2021 SEASON WE HAVE BEEN VERY GRATEFUL
TO THE FOLLOWING FOR THEIR SUPPORT 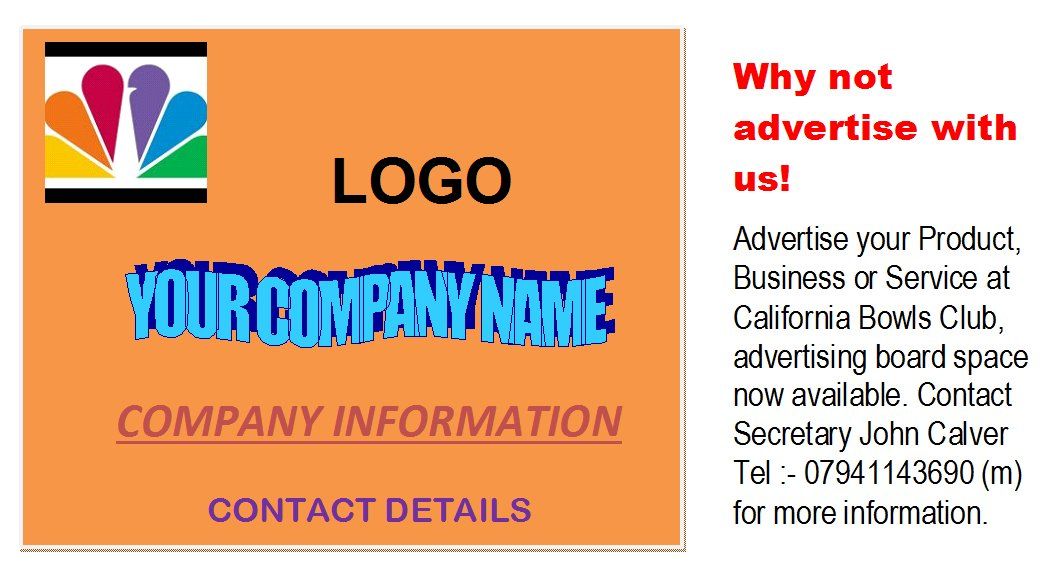 MAP & DIRECTIONS :-
The Bowls Club is situated behind California Social Club (See below) who's entrance is off Foxhall Road. The entrance can be found just before the railway bridge on Foxhall Road when approaching from central Ipswich. Turn into the gate and drive across the front of the social club to find the car park. The area of "California" lies approximately East of the Town centre.
The full postal address is 191 - 193 Foxhall Road Ipswich Suffolk. IP3 8LB
The Club entrance can be seen in the left foreground of the picture, the car park is situated to the far right of the club, with the Green situated behind the main club. 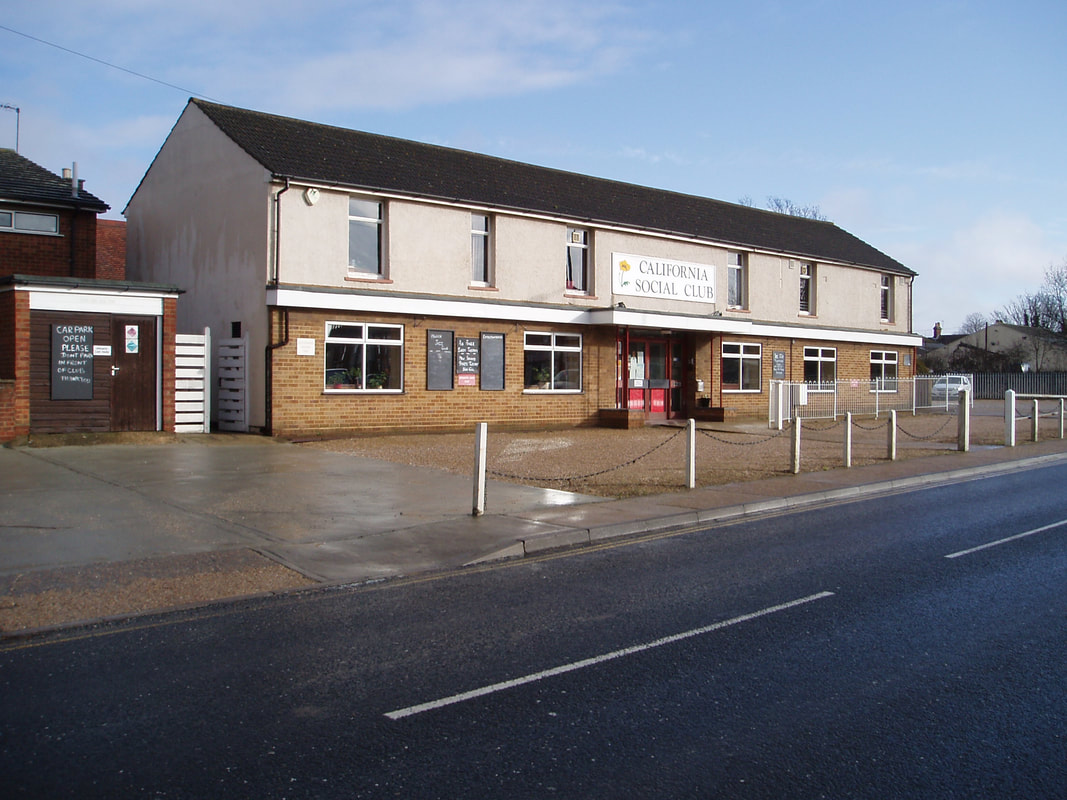